Helping Patients and Families in Honduras

May 19, 2017globalhealingBoard of Directors, From the Field: Program Updates, Honduras, Meet Our Volunteers

Getting to know the Public Hospital Roatán

I was not sure what to expect when I first showed up at the Roatán Public Hospital to volunteer in the newborn wards and pediatric clinic. Having spent time in hospitals in developing countries before, I had an idea what I might find. However, despite knowing that I was in Honduras and resources would be poor, I was surprised to find how lacking they were given that not far away was a beautiful Caribbean resort with full amenities serving hordes of cruise ship passengers several times a week. 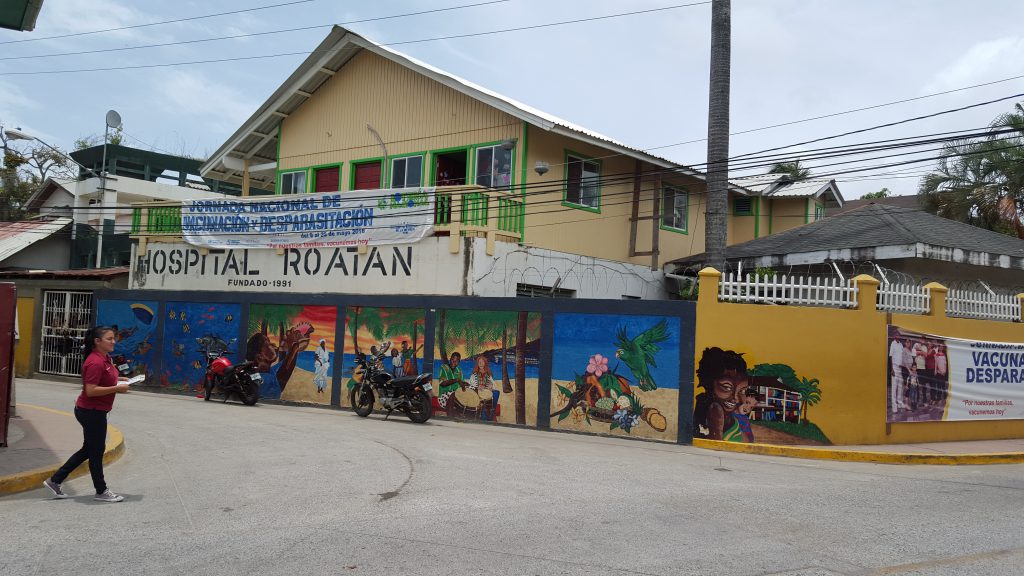 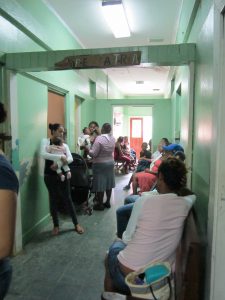 I walked through the doors of the hospital past an open courtyard where patients and families waited on old benches to be seen, along with scattered cats and dogs. It had rained earlier that morning, and the ground and benches where they were sitting were still a bit wet. Some had been waiting, I understood, for about 2 hours, and would hope to be seen sometime in the next few hours. One adult was receiving a nebulized treatment with a mask on, which I soon learned was the common mask and machine for the outpatient clinics, to be sanitized and passed on to the next person. As I walked into the clinic, I noted the lack of running water, and soon discovered that this was the case in much of the hospital and clinics. The clinic consisted of two patient rooms and an entry area where patients were weighed and assessed, and where a third bed could be made available in the case that three providers happened to be available. Yet, despite the inherent challenges of providing care in a low-resource setting, I loved my time in Roatán and knew that I had come there precisely to help patients who had so little available to them.

I first went to Roatán a year after I finished my pediatric residency in Boston, and spent a month volunteering there. Since then, I have been back again for a second summer, and plan to continue to go to volunteer on the island. I am a general pediatrician working in primary and urgent care in San Francisco, where I work with a large immigrant population. Through my work in Roatán, I learned a lot about the patients I see now, including their backgrounds, social conditions in their country, and medical conditions they may have. Children in the Roatán clinic were diagnosed with dengue, malaria, parasites, and malnutrition, in addition to coming in with pediatric complaints I was more familiar with such as seizures, asthma, pneumonia, and sickle cell anemia. Some spoke Spanish, some English, and some also spoke Garifuna, a local language.

A typical day at the Roatan Volunteer Pediatric Clinic (RVPC) 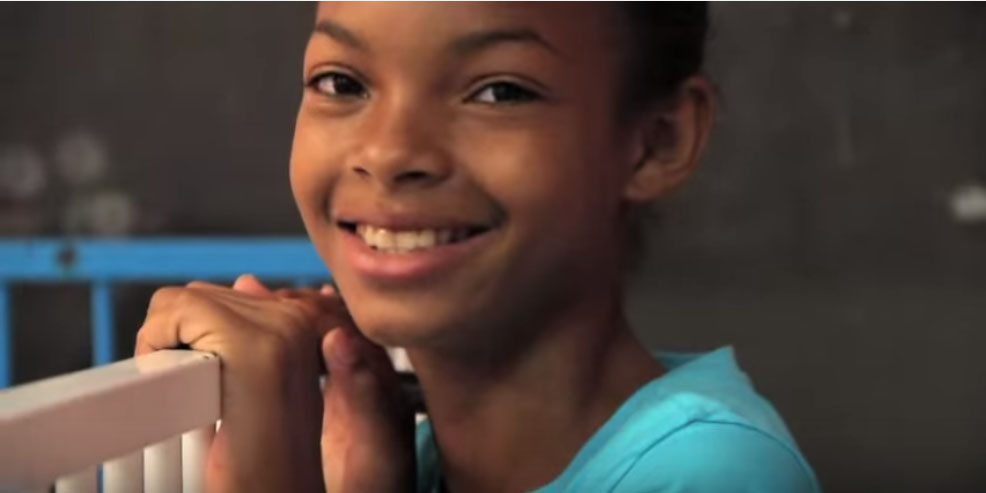 My day typically started at around 7am when I would examine newborn babies who had been born overnight. The mothers and children were all in a single room together, so to say that privacy was lacking is an understatement. However, I would walk around with a portable ophthalmoscope and stethoscope and examine children, advise families, and finally would review the chart and labs for the mother and children. The number of children born any given night typically ranged from two to as many as twelve, so workload in the mornings was variable. Despite not being the person assigned to resuscitate newborns, I twice found myself the closest available provider to help stabilize a baby born in distress. Certainly resources were not what I was used to in the US, but fortunately both children stabilized and did well.

After newborn rounds I would go to the clinic where I would see children in an outpatient setting for the rest of the morning and sometimes into the afternoons, admitting them to the inpatient ward down the hall when needed. These visits ranged from sick visits to well child visits to follow ups on chronic conditions; the lack of a reliable medical record made this challenging, but I learned to work with what written notes were available. Patients came from all over the island, some of whom were exceedingly poor, but all felt grateful for the help they were getting. One child presented with a red, blistered rash on her cheek approaching her eye, which looked to me like a viral rash that was further infected with bacteria. She was admitted for acyclovir and antibiotics, and since the inpatient ward was just about 20 yards down the hall I was able to monitor her progress and watch her get better.

Another family were relieved when we were able to treat their son’s skin infections that had developed from insect bites. They had gone to a small, remote clinic on the island and gotten the same antibiotic twice for skin infections and abscesses but he continued to worsen. Finally, when I gave them another antibiotic and drained the abscesses, he got better. Later that week I saw them in the street and they all ran over to give me a hug since he was so much better.

The clinic has minimal local staffing; sometimes, one local pediatrician is responsible for the inpatient wards, young people in the emergency room, deliveries and newborns, as well as the outpatient clinic. Thus, at times when they do not have a volunteer they cannot run all of the services. I never doubted that my being there helped them keep all of the hospital services running.

However, likely the most valuable way to contribute long-term is through education for the Honduran medical students. The island has rotating medical students with a similar level of training to new medical school graduates at the beginning of their residency training. I did a presentation on a medical topic to these students, and other volunteers had given similar presentations afterward. Global Healing hopes to have a long-lasting impact on the island by training local providers. With the launch of a new project on the island and the expansion of the existing pediatric rotation to include training for local medical students, a volunteer experience at RVPC is an opportunity for pediatricians interested in medical education as well as patient care.

As with any work abroad in a resource-poor setting, the work in Roatán was challenging and rewarding. I encourage volunteers to spend time there, and to be open to contributing in ways that encourage long-term sustainability and self-reliance among the local staff at the Public Hospital Roatán. 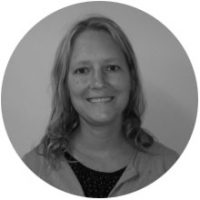 About the Author: Dr. Simone Bennett is a Board Certified pediatrician at Mission Neighborhood Health Center in San Francisco. She completed her residency training at Boston Children’s Hospital and internship at Children’s Hospital and Research Center, Oakland. A fluent Spanish speaker and certified medical interpreter, she made her first volunteer trip with Global Healing at the RVPC in 2015, and returned in 2016. She currently serves as a member of the Global Healing Advisory Board.